One of the more intriguing developments in London’s new music scene in 2017 was the founding of the Borough New Music series by pianist Clare Simmonds. These lunchtime concerts take place every Tuesday now at St George the Martyr Church on Borough High Street, near the famous market, in the shadow of the Shard and across the river from the City. (Also the church where Dickens’ Little Dorrit was christened and married.) I haven’t been able to make my way yet, but that’s something I plan to rectify in the coming weeks. 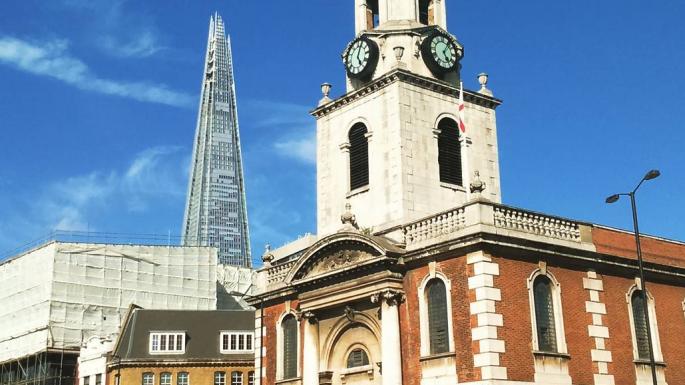 Lunchtime concerts are a feature of the City’s churches – but these are typically touristy pops selections, or organ recitals. Both have their place of course, but it’s nice to see the offering widening in Borough to include new music as well. Here’s hoping the series grows in strength through the year.

Programmes have been announced right up to June now and full listings can be found here. Interesting things I spotted in the next couple of months include:

All concerts start at 1pm, and all are free admission.