Modern composition. Blogging the music that others won't tell you about. 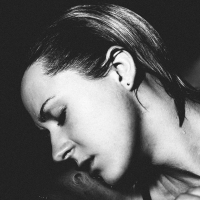 Self Portrait by Brooklyn composer and multimedia artist Grant Cutler (innova 961) is composed of artists improvising to recordings of themselves, the results heavy with loops, delays and textures. innova’s press release dresses this up as ‘an act of memoir, an active reimagining of the self’. I think that’s stretching a point: if that’s what these tracks are, they’re cosy, untroubled imaginings that rarely stray far from their original path. (Not what I see in my mirror, certainly.) Nevertheless, set that aside and Cutler and his musicians have made an attractive, not always predictable work of instrumental/electronic ambiance. Requires a sweet tooth, but I have one. 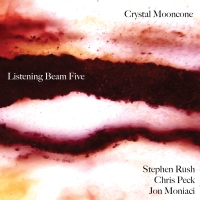 If you like this, you might also like Listening Beam Five by Crystal Mooncone (Stephen Rush, Chris Peck and Jon Moniaci; innova 973). More of a 60s, West Coast psychedelia vibe here, although washed out, exhausted, like the fade-outs to a Bitches Brew session at full scale. The instrumentarium includes Phase Maracas, Foil-o-tron, Distant Echo Flute, Float Tank Rhodes and Cistern Singing, so that should give some idea (or not).

Manfred Werder’s 2003/1–3 arrive on a triple-disc set from Edition Wandelweiser Records (EWR 1601-03). 70 minutes per disc, two (performed) sounds per disc. (I emphasise performed: these seem to be studio recordings, so the huge silences in between aren’t completely silent; they’re live, not digital.) It’s a colossal, utopian extravagance, of the sort I’d rather started to miss from EWR. There is undoubtedly something ridiculous about firing up the CD player for more than hour of almost nothing (in three different versions, no less), but at the same time, there’s nothing else quite like doing so. Which is one underlying message of Werder’s work, at least: that experience trumps thought. I doubt I’ll be returning to these discs very often, but I’m absolutely certain that I will, so unique is that feeling – not something one can always say. 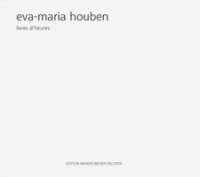 Eva-Maria Houben’s livres d’heures, a two-disc set this time from EWR (1607/08), goes into the less abstract territory that I feel has characterised many Wandelweiser recordings of the last year or two. In particular, it foregrounds the Christian/spiritual dimension that appears to underlie the aesthetic of several Wandelweiser composers. A book of hours is an obvious choice for a style preoccupied with periodicity and the articulation of very large spans of time – see Werder, above. The difference in his case is that the periodicity is intuitive and unpredictable: thus it holds its time in a state of heightened tension; whereas Houben’s meticulously steady bell chimes and violin drones mark out a structured, and hence contemplative time. It reminds me of other large-scale religious settings, most notably Knaifel’s Agnus Dei, or even (although its language is much less bombastic) Radulescu’s Cinerum.

Pick of the listening at the moment, though, is EXAUDI’s recording of Mala punica composed by their director James Weeks (Winter & Winter 910 239-2). I’ve said this a few times recently about other composers’ works, and I find myself saying it again, but this may be the best thing I’ve heard from Weeks so far. Making use of the little canonic and fan-like games that populate a lot of his music, Mala punica – interleaved on this recording with the three-part Walled Garden for instrumental ensemble – is a stunningly subtle, disarmingly simple achievement; a crystallisation of basic ideas down to the point that they transform into something else entirely. Combining the metaphor of the hortus conclusus with a setting of Song of Songs, Weeks’s piece models an exquisite tension between chaste procedure and order, and over-tumbling sensuality.

Further to these short pocket reviews, I’ve recently written a much longer consideration of Richard Barrett’s album Music for cello and electronics, with Arne Deforce and recorded for aeon. You can read that here at Music & Literature.

Remember those excellent little video interviews Tim Parkinson made of Richard Emsley, Chris Newman and John White? Well, Tim has produced two more, this time on the Wandelweiser composers Jürg Frey and Manfred Werder. It’s worth taking the time to watch them all, but the film on Werder, in which he talks about his use of textual quotations as scores, is particularly intriguing.

Some great news for your April diary already: Manfred Werder‘s group incidental music are coming to London for a pair of concerts. They’ll be playing a total of six works of an experimental/quiet bent, by four composers associated with Wandelweiser Edition: Antoine Beuger, Tim Parkinson, Michael Pisaro and Werder himself. These promise to be very special evenings: if you are in London you will not want to miss them.

Will you be in Columbia, South Carolina, next Monday? I’d got to this if I were you:

Following composer John Cage, the folds experimental music and performance workshop, directed by composer and guitarist Jason Brogan, present as series of six “silences”, complex sonic landscapes where quietude, possibility and a heightened awareness of the presence of sound take precedence over “activity”. The program will include pieces by six of the most quietly radical contemporary composers.

Antoine Beuger, cantor quartets
Jason Brogan, metronomic irregularity
Michael Pisaro, harmony series nos. 11a-d
Sam Sfirri, I gave thanks for evening that brings out the lights
Mark So, this singular tale of the past
Manfred Werder, 2008 (1)