This is the season of end-of-year lists (I’m pleased to see several of my top 10 make it into The Wire‘s albums of the year). But it is also a time of year when many great recordings are still coming out that might get overlooked in twelve months’ time. I want to give quick shoutouts to a few of these that have become aware of in the last few weeks.

When I wrote about Canadian experimental composers for The Wire a couple of years ago, Anna Höstman‘s name was one that came up in my research, even though I wasn’t able to write about her at the time. Harbour (released 11 Jan 2020) is an album of piano solos, played with great finesse and concentration by Cheryl Duvall. I emphasise concentration, because Höstman’s music demands a combination of intense mindfulness and extremely long-range thought. Not unlike her compatriot Martin Arnold, she is fascinated by musical lines – rather than encasing structures – that unfurl and loop and roll under their own volition. At points they seem to catch, on a motif or a chord, and at these moments the repetitions bring Feldman to mind. At other times, the music meanders quite carelessly, but somehow always doing enough to hold your attention. The 25-minute title piece, composed in 2015, is particularly sumptuous. One not to miss in 2020. 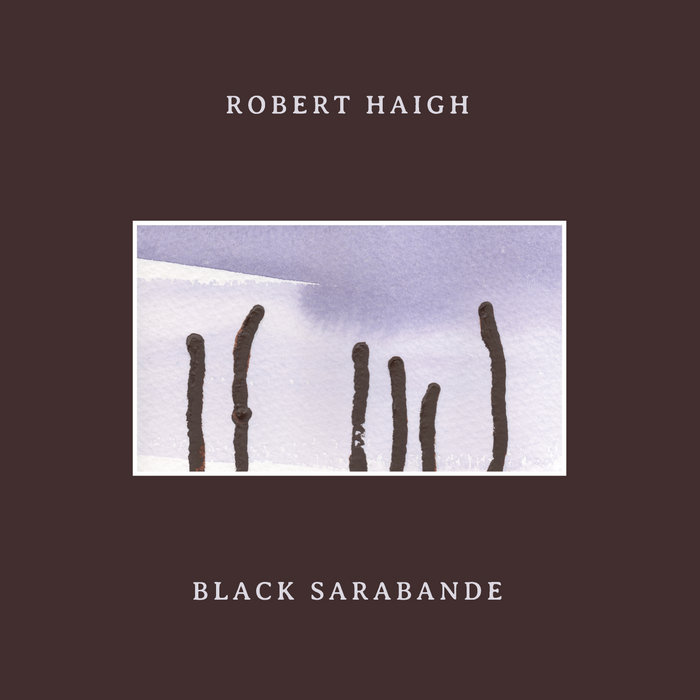 Another record due out at the start of 2020, this is also another one for fans of off-kilter piano music. Haigh’s second album for Unseen Worlds occupies a sonic space filled with hauntological tape hiss, synth pads and almost-out-of-earshot field recordings. Shades of Harold Budd, as well as Vangelis’s Bladerunner, with a harmonic and textural subtlety – a hallmark of Haigh’s work that runs all the back to his drum ‘n’ bass days as Omni Trio – that keeps it all from shading into simple ambience. Unseen Worlds had a tremendous year in 2019; Tommy McCutchon’s label looks to be start strong in 2020 too.

It’s great to have a proper recording of Richard Barrett’s world-line, a work that affected me deeply when I first heard it at the Transit festival in Leuven a few years ago. Written for custom-made lap-steel guitar, with percussion, trumpet and electronic accompaniments, it is not only an exemplary instance of Barrett’s interest in bespoke instrumental ergonomics but a moving (and forgivably masculine) portrait of his relationship with Daryl Buckley and ELISION: everyone duets with Daryl’s guitar, and the movement where Daryl and percussionist Peter Neville – partners in music for 30 years – get to improvise on their own is surprisingly touching.

Also on the disc are Timothy McCormack’s subsidence for lap-steel guitar (two players), a 30-minute pitch-black spiral down into slack strings and popping pickups. A seriously dark piece and a great taster for McCormack’s forthcoming portrait disc on Kairos. The CD is completed with Liza Lim’s Roda – The Living Circle, a trumpet solo for Tristram Williams drawn and elaborated from the ensemble work Roda – The Spinning World.

This one is already out: you can see full details at the NMC website.

Another recent release is David Brynjar Franzson’s longitude, performed by Ensemble Adapter. Composed in moody instrumental and electronic atmospherics – jagged, hissing, perforated sounds that crossfade in and out – it’s a compelling soundscape that I’m sure is even more striking heard live. It’s also an exploration of the extraordinary story of the Danish adventurer Jørgen Jørgensen, whose complex involvement in the Napoleonic Wars can be read as both heroic and traitorous: after fighting with the Danish against the British in the Gunboat Wars, he attempted to liberate Iceland from a Danish trade monopoly that was slowly starving its people; he named himself ‘Protector’ of Iceland, but after 40 days he was taken back to England, imprisoned, and eventually became a British spy working in France and Germany.

Over the course of longitude‘s 50 minutes, those sibilant atmospheres take on more emotionally provocative identities: the work is never programmatic (although one is free to imagine in its sounds something of Jørgensen’s voyages across the North Sea between Denmark and Great Britain; the famished state of Rejkyavik that he encountered in 1809; and the whistling harmonics of Scandinavian folk music), but draws one ever-deeper into sonic ambiguities that echo the shifting allegiances and morals of Jørgensen’s life. Worth the investment of time; you can get it through Bandcamp here.

Tim Rutherford-Johnson New music critic, author of Music after the Fall (University of California Press) and The Music of Liza Lim (Wildbird), co-author of Twentieth-Century Music in the West (Cambridge University Press) and editor of the Oxford Dictionary of Music, 6th edition. He/him.
Published 10 December 201911 December 2019