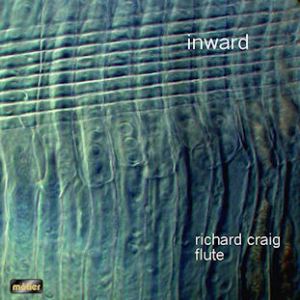 There may have been a time, in the late 70s/early 80s, when Ferneyhough’s Unity Capsule sounded like an unrepeatable new benchmark for modern flute writing. Yet programmed among works by Dominik Karski, Evan Johnson, Malin Bång, John Croft and Richard Barrett, even this radical classic seems to breathe the air of an older planet. Another modern standard, Sciarrino’s Venere che le Grazie la fioriscono, written 13 years later, paradoxically seems even more remote.

If Richard Craig has recorded some of Unity Capsule‘s descendants on this quite brilliant CD the resemblances are rarely straightforward. The thing about children is that you don’t get to choose which bits of genetic code get passed on. Stockhausen would advise his students ‘If you want to become famous just take a magnifying glass and put it to one of my scores, and what you see there, just multiply that for five years’, and if Unity Capsule has an inheritance it appears on this evidence to have taken this sort of select and zoom form.

The pieces by Karski and Bång are the closest sonically (apart from the Sciarrino they are also the only other pieces for unadorned solo flute); Johnson further problematises the role of notational (and musical) redundancy; Croft vastly expands the world within and without the instrument; and Barrett is, supposedly, one of Ferneyhough’s most direct descendants.

But one shouldn’t assume those sorts of contacts. Barrett’s piece Inward (along with the pieces by Johnson and Croft one of three heart-achingly beautiful tracks here) surrounds the flute in a fragile halo of percussion, a hint of the wider halo that the piece possesses in its other incarnations as the core of Schneebett, itself the third movement of the cycle Opening of the Mouth. The image is one of withdrawal or enshrouding, an almost spiritual internalisation, that is ultimately undone by a series of six monstrous percussion strikes. Something I’ve long admired about Inward, and this section of Opening of the Mouth, is how it employs East Asian sonic signifiers – flute, bell trees, bamboo sticks, Thai gong, temple block – but negotiates its way around a plastic, Orientalist presentation. The fact that Barrett invites such comparisons and then responds to them as part of his music’s expressive argument is the sort of thing that sets him far apart from the more aesthetically-minded Ferneyhough.

Karski’s Streamforms is the most melodic of all the pieces here, in the sense that it is concerned with exploring variations of a single parameter within otherwise stable fields over relatively sustained periods of time, which in a roundabout way will bring you a tune. I’m not sure that’s precisely the composer’s intention, but it is the effect of his piece, which in spite of its incursions and disruptions deals largely in extended lines and arcs. Malin Bång is a completely new name to me; her Alpha Waves borrows the metaphor of sleep cycles and switches sharply between a variety of events ranging from the calm to the violent (including some extraordinary growling sounds).

The two best new works, however, are those by Johnson and Croft. Coming after the Sciarrino, which ends with a flat, focussed stream of tongue slaps and breath noises, Croft’s fantasia for alto flute and electronics is like stepping onto another world. The title alludes to ‘the air that trembles’ that Dante encounters in the first circle of hell, inhabited the ancient poets and philosophers, before crossing into the second circle, the realm of the excessively passionate and, rather like the Barrett, there is a sense of both withdrawing and projecting, an almost erotic play with a threshold. In its own way, Johnson’s L’art de toucher le clavecin for piccolo and violin similarly toys with boundaries. But here the path is more tentatively trodden; at times even the border itself seems to evaporate. The dialogue – hence the reference to Couperin’s instructional pamphlet – is between ground and ornament, but everything is ultra-cautiously proposed, bundled under fantastic layers of contingencies and securities. It sounds like the recipe for a health and safety nightmare, but Johnson’s skill is for extracting something rare and precious from out of such pressure.

And what of those two classics? Craig’s Sciarrino is much more reserved and less overtly dramatised than some others, such as Alter Ego’s 1999 recording. (The CDs title – Inward – seems more and more apt.) It’s less instantly captivating as a result, but I think gains a Pan-like mystery in return. His Unity Capsule is a full five minutes (nearly a third) shorter than Paula Rae’s premiere recording with ELISION from 1998 (which is too languid for my taste) and still four minutes shorter than Kolbeinn Bjarnason’s much tighter performance of 2002. The details fly by at a hell of lick, in fact but, crucially and miraculously, not at the expense of precision. This is a performance that is dense – high resolution – but not hurried. Craig instills the piece – so often caricatured as a Sisyphean struggle against an unyielding notation – with fearsome confidence, swagger even. Thirty-five years on its challenges may have been parried, absorbed, reflected and dispersed anew, but it speaks now with a commanding and often beautiful authority.

Update, 9 Sept 2011: This disc is now available on Spotify. If you have Spotify, you should listen to it.

(A shorter review of this CD, by Peter Grahame Woolf, is at Musical Pointers.)